If we listen, horses enter our lives to educate us.
My horse Connor, for more than 20 years, has been doing just that!

Bits, bridles, feet, bodywork and saddle fit have all lead me down paths most people are lucky enough to not have to venture.

Back in the day I just rode in a Wintec saddle. Then I started to wake up and I realised that with Connors’ change of hoof balance, after trimming him using natural hoof care guidelines, his posture improved and then his saddle didn’t fit quite the same anymore. That lead to trying treeless saddles and finding he liked the feeling of more freedom in the shoulders because he wasn’t clamped down by a tight gullet anymore.

In 2004, while doing a natural hoof care training stint in the USA, part of the course included a Balance Saddle demo by Carol Brett from England. What an eye opener! I had never seen a treed saddle with so much room for the shoulders, even the wide gullet saddles in NZ were way narrower. During the demo a young horse was first led with no saddle and we looked at his limb placement and movement at the walk. Then the same thing with his regular saddle on and he became a bit base narrow as he walked and not as forward moving. Then when he was ridden in his regular saddle you could clearly see how much closer his feet were to his midline especially the hind feet, they were nearly touching. Next he was led and ridden in a Balance saddle with no noticeable change from his unsaddled movement. I’d never even know to look at limb placement under saddle before! I loved the Balance Saddles. 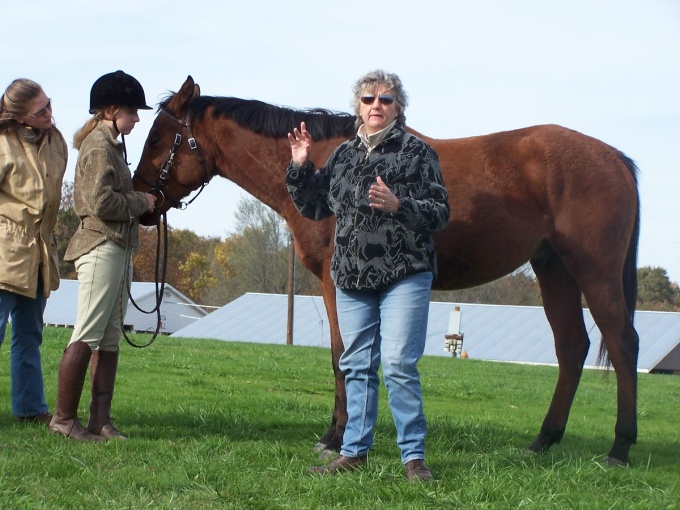 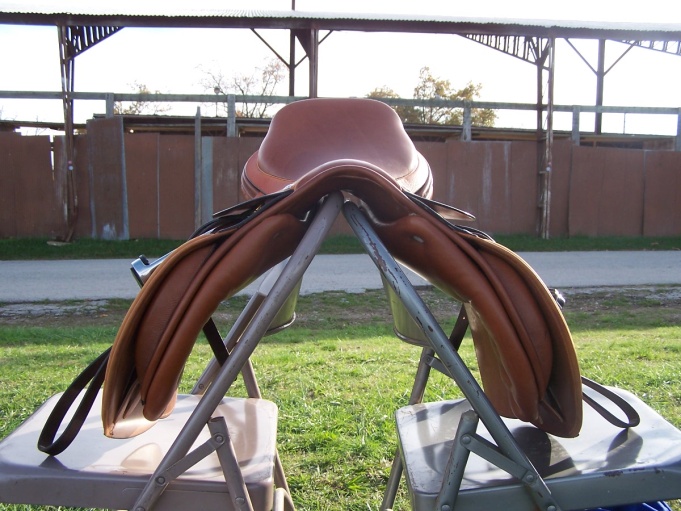 Unfortunately back then because of the exchange rate at the time there was no way I could afford a $5000+ saddle so treeless was still the next best thing in comfort for my hard to fit horse. I rode in pretty much each new brand of treeless saddle that came on the market over the next decade. Though Connor was happier in them than any treed saddles I’d tried there were still some issues. Most needed a short (dressage) girth which it turns out can cause irritation and sometimes damage in a sensitive area of the ribcage. The other main problem was that because Connor was an odd shape the saddles would all slip back just a small amount and make it very difficult to do any trot work because he just couldn’t round his back enough due to a pelvis injury when he was young altering his way of going. At that point in time I had no idea about what impact his injury had on his posture and movement. That’s another story!

Back to the  Balance saddles. I was lucky enough to buy a second hand one in 2010 that a friend had heard about. At that time the saddle was a great fit for my horse and because I had always wanted one after the US demo I snapped it up, plus it came with two Balance pads to help get the saddle level and comfortable on any shaped horse. The pad system is amazing and I have been able to fit one saddle to many different size horses with a variety of back shapes.

The great thing about this brand of saddle is that they can actually help rehabilitate backs that have atrophied from previous use of a saddle that was too tight through the gullet or on that has caused muscle damage through pressure or pain. They also have a rehab programme you can download from their website along with other helpful information. www.balanceinternational.com

Most saddle design is based on the male pelvis. Balance designed their saddles with the different shape of the female pelvis in mind. So not only do we find it easier to ride our horses but the horses can move better as well.

In 2013 Connor got a brand new Balance saddle. The team at Balance can do international consultations with video, photos and measurements so I took advantage of that because my then 20 yr old horse Connor had redeveloped some topline muscles and needed to go to the next width of saddle.  I remember when I took my new saddle out of the box it had been posted from England in. To me it was like the Mercedes of saddles! The leather and workmanship was beautiful (in an early life I was a qualified machinist sewing anything from tents to underwear so I know what quality stitching looks like!) It took nearly a decade but I finally own a top class saddle and my horse loves it too. 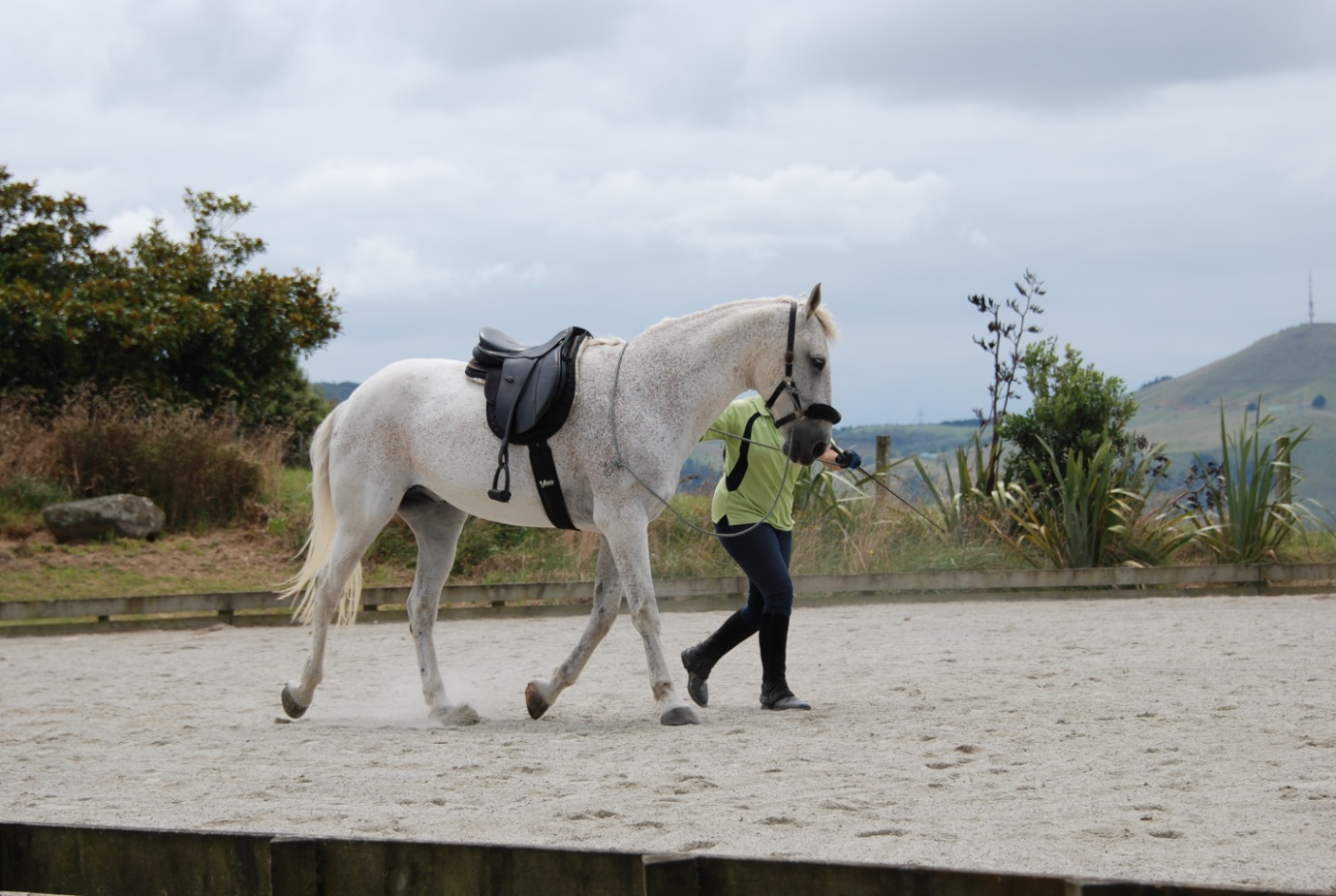 Connor doing groundwork at a Connected Riding Clinic in 2015