My long awaited (a couple of false starts so 3 years in the making) next riding horse arrived on the 20th of December 2012. A very leggy colt who was a bit on the wobbly side! So much so that it took him 3 hours before he could actually stabilize his body long enough to get his first drink. At least all the early handing to help him get that  very important drink has made him very ‘user friendly’. 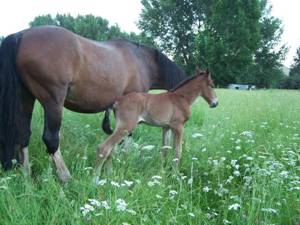 As the days passed his limbs did start to strengthen but as the days turned to weeks the improvement appeared to be a bit too slow.

Towards the end of the first month he was rather bow legged in the front and cow hocked behind. If he ran and played a bit during the day by the end of it his legs were wobbly again.

A friend had said that giving him some cod liver oil would straighten his legs but my horses are all vegetarians so I’m a bit particular about feeding them certain things.

I had already started doing tiny trims on his feet from 2 weeks of age, just wall as it started to chip and balancing the heels to try to offset the imbalance his leg issues were creating. In the back of my mind I’m thinking, great, I finally breed another horse and its going to end up with bow legs and cow hocks and hoof capsules all over the place and a lifetime of really careful trimming to try to stop it getting any worse and how many trimmers would be proud to take a horse like that out in public!!

Something else needed to be done.

I kept thinking that homeopathy was the way to go and I finally contacted Heather Stewart from Animal Health Solutions www.animal.co.nz

Heather suggested a remedy to strengthen his ligaments and tendons plus a homeopathic calcium balancer as he was likely to grow rather large (hopefully not too big…) and to keep him on both remedies until he is 9 months old.

He was drinking water from a few days old (greedy bugger) so the homeopathic remedies could just be put in the trough. The improvement was noticeable after 3 days and by the 5th day he must have felt the difference and turned on the speed for his first full on gallop round and round the paddock.

Some would argue that his legs would have straightened and strengthened in time but the change was so rapid once the homeopathy was stared it is hard to believe he would have changed that quickly without them.

Here are some before and after photos 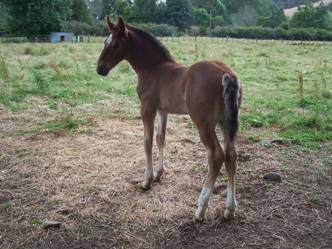 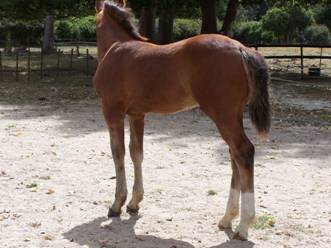