This is Cindy. She was about to be put on the meat truck. She was in extreme discomfort and was spending most of her time either lying down or in the classic ‘founder stance’. Her accelerated heart rate was an obvious indication of the stress she was suffering from.

She had been tethered on the roadside and the owner was quite happy for the pony to be removed from her property.

When I brought her home, my son who was 7 at the time, named her Cinderella. Maybe he thought she was wearing the wrong size slippers? 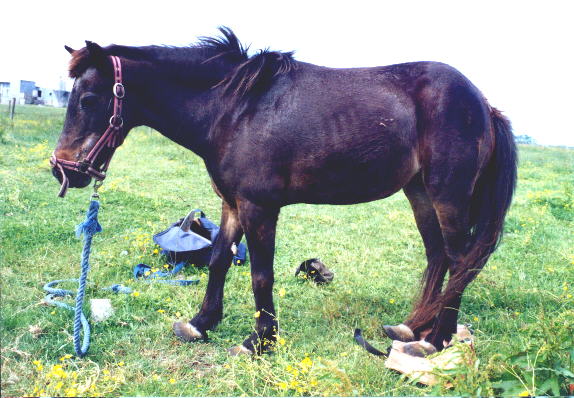 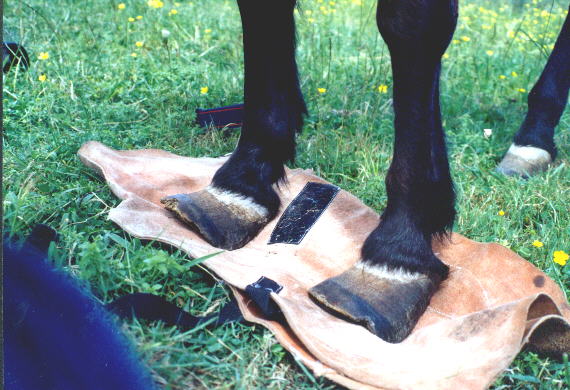 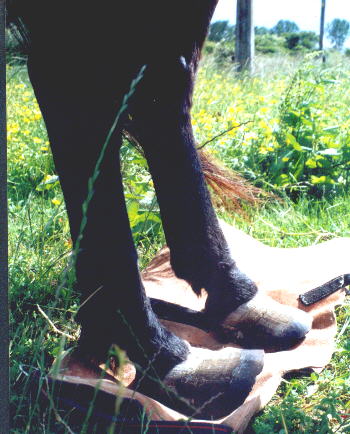 Lack of trimming over a long period of time causes joint and muscle adaptations so Cindy’s trimming was a very gradual process.

Slowly removing the excess hoof with weekly trims. Allowing time for her body to re-adjust to better hoof balance. She was also gently hand led daily with protective boots and pads on her feet. The daily walks helped encourage blood flow and healing. Attention was also paid to her diet, mineral deficiency and pain levels.

Though she was never given Bute she did have natural herbal pain relief in the first few days.

Her comfort levels improved dramatically and 1 week after her first trim she wanted to trot when led out.

Her progress continued at a tremendous rate and 12 days after beginning her rehabilitation she was galloping and bucking around the paddock and was even able to give her new 7 year old owner a short ride around the lawn. 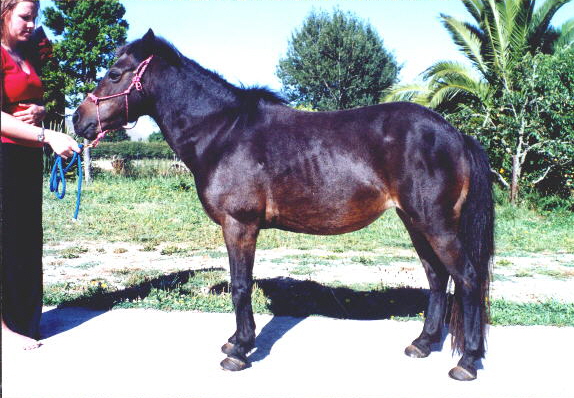 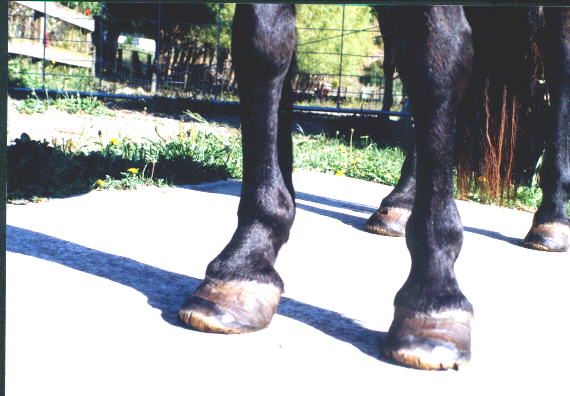 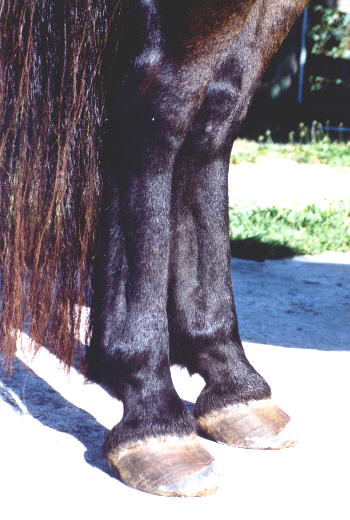 Front and hind limbs looking more comfortable through the joints

The above photos were taken 2 months after her rehab began. With careful and gradual trimming, using natural hoof care guidelines, she has regained some hoof balance, which has allowed her tendons, ligaments, muscles, joints and fascia to slowly re-adjust to a more natural alignment, ensuring comfort throughout her body.

By paying attention to the healing process for each individual, hoof balance and health is brought about at the pace the horse dictates which allows each equine the time it needs to heal in its own unique way, whether that is 2 months or 2 years. 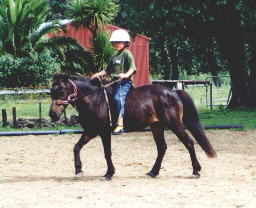 Ahren and Cindy one month after her rehab from laminitis began