Only trimmed occasionally so long term hoof distortion from neglect

Between owners she spent a month at our property and was trimmed several times to help her to gradually regain more correct hoof shape and encourage her mostly non-existent frogs to re-grow.

The trim photos were taken during her time here.

She was on a track with a walk in shed, had limited access to grass and was on a predominately hay diet with a small feed to give her a vit/min supplement.

She also had her extensive frog thrush treated most days with a soothing antifungal ointment. 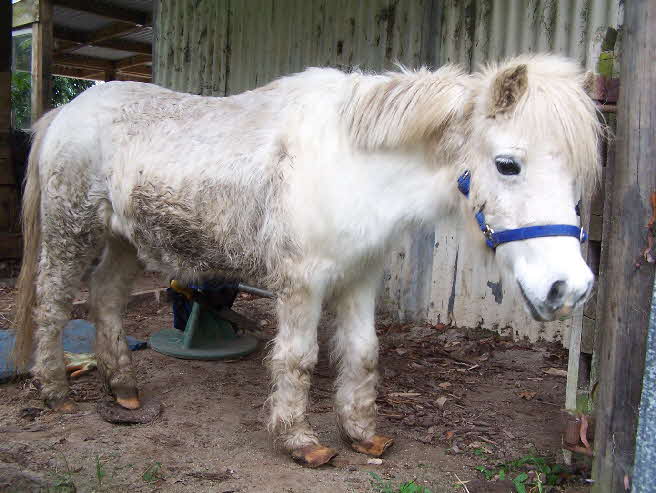 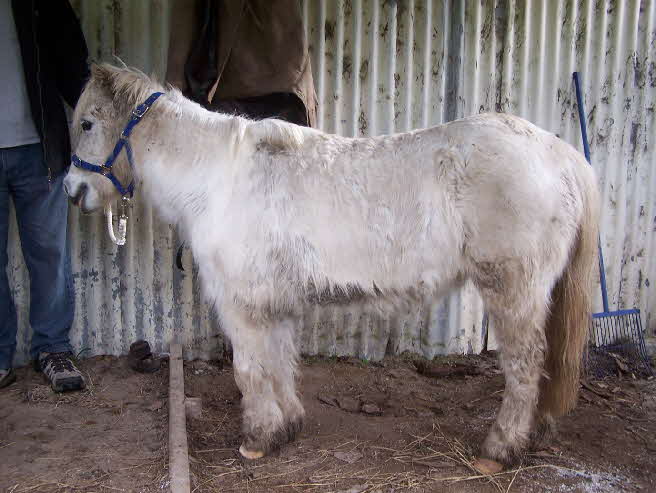 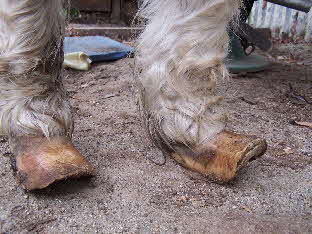 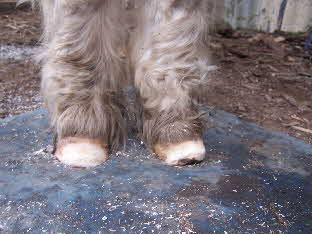 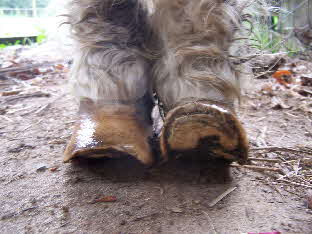 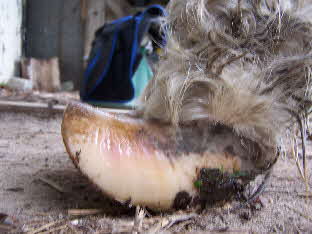 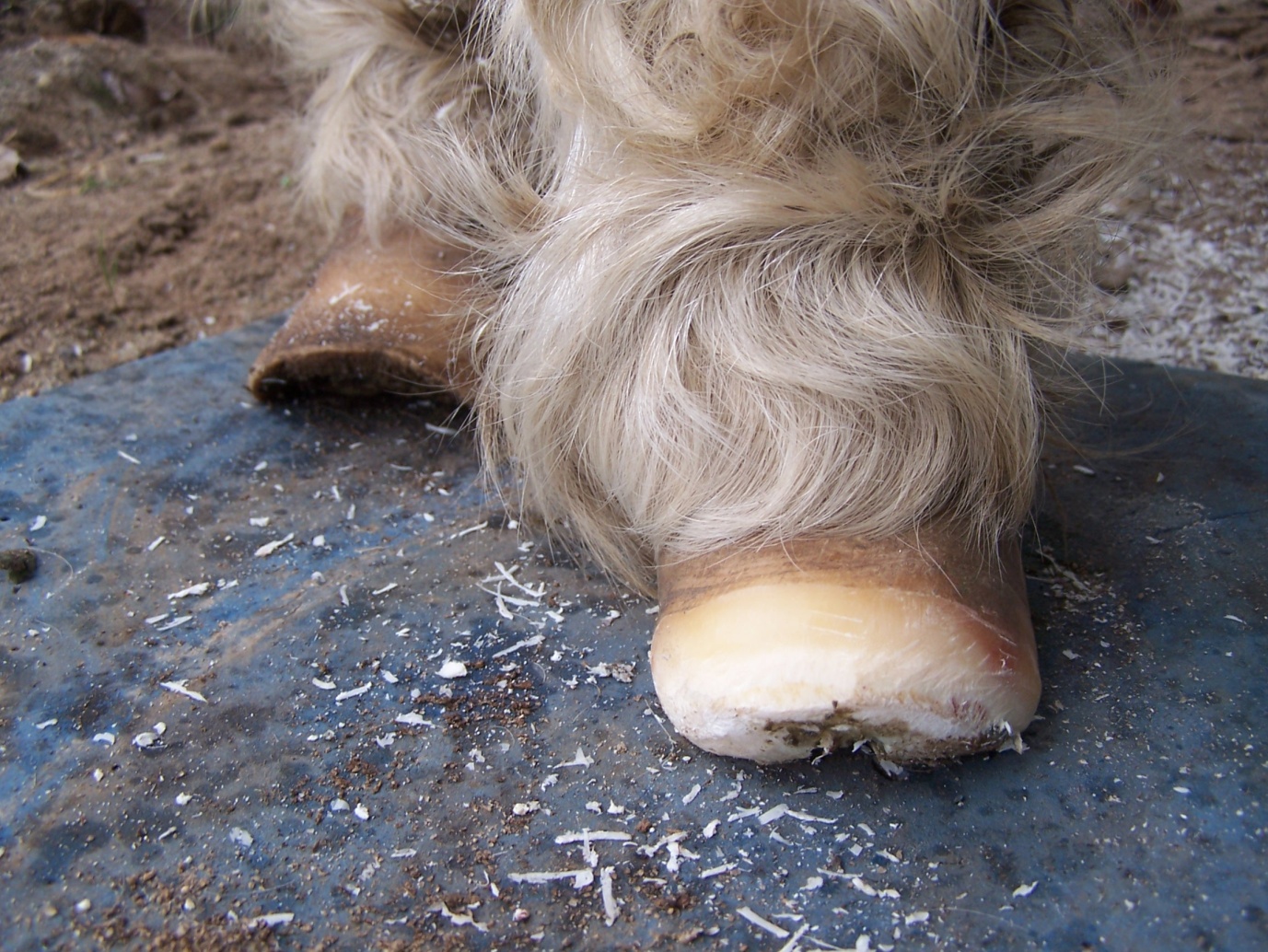 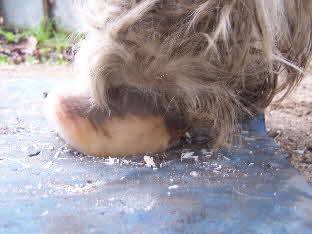 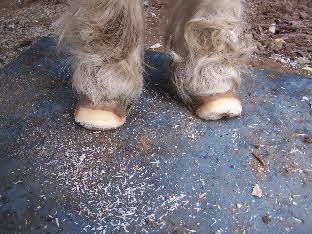 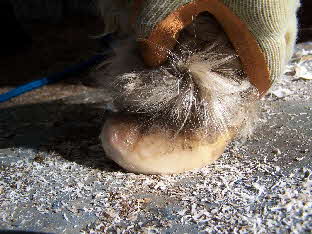 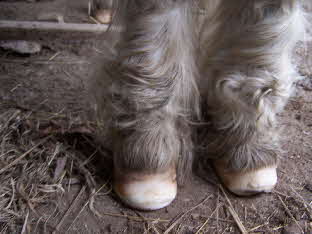 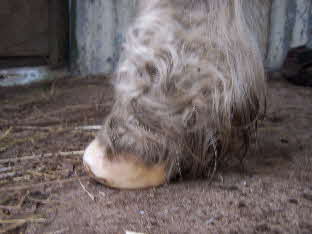 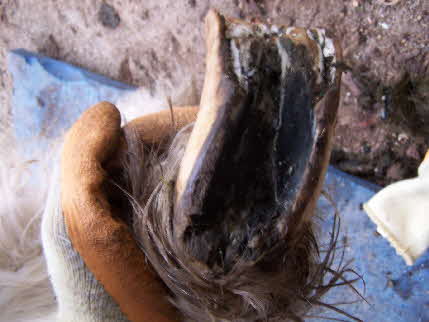 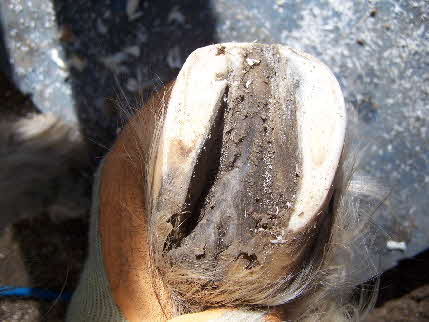 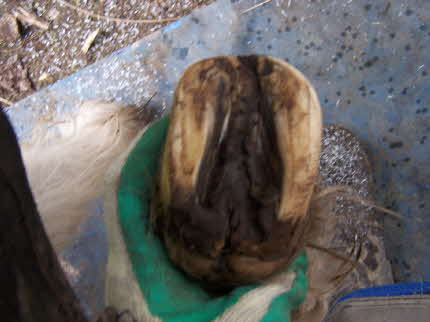