I was asked to help with a foundered mini that had very overgrown feet and had been spending a lot of time lying down.

He had been seen by a vet that week, given some pain medication and the information given to me was that the people involved had been told ‘that the hoof growth was out of the correct angle and if someone couldn’t be found to trim his feet then euthanasia was recommended.’ 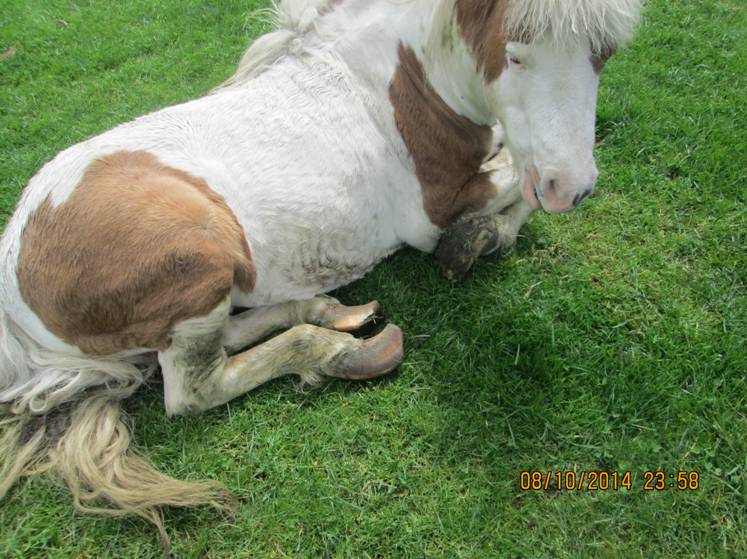 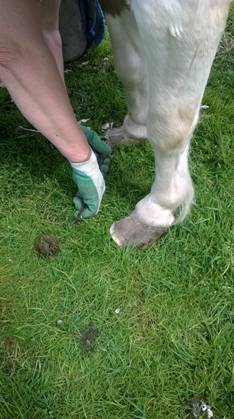 I was emailed photos and after some discussion suggested he spend some time at my place so that I could gradually bring his feet back into better balance.
I trimmed him before he was transported, shortening up his long toes and bringing back his heels as much as comfortably possible.

He gave me the impression that it was more likely that joint pain was the reason he was lying down so much, rather than him being in an acute laminitis phase.

He had definitely been laminitic many times in the past but just not at that point.
Before trimming he was really uncomfortable but I just shortened his long toes and leveled his heels as much as he could cope with , recognizing that his body was tight and sore from trying to balance on overgrown feet for a very long time.

At my place he went on a small track with limited grass and some hay to eat. I added homeopathic Arnica, Ruta Grav and Rhus Tox to his water.
By the next day he had already improved a lot and was moving around more freely so we went for a walk down the driveway and he managed really well even though his toes and heels.

Over the next six days he had 3 more careful trims to keep gradually lowering his long heels and bring his distorted toes back. He also had more hand leading and a mostly hay diet but with access to some low carb grass so as not to shock his previously 100% grass feed digestive system too much (he had been in a huge paddock with a another big horse, there was loads of grass and he was likely to go back to a conventional grazing situation when he left my place so I decided to keep some grass in his diet).

By Friday (he had arrived on Saturday) he had well and truly found his ‘Mojo’ and was piaffing and passaging when I lead him down the driveway so he was good to go as far as I was concerned. Last thing I needed was my little mini mare getting in foal!

So, the reason I’m sharing his ‘founder’ rehab story is that just because it looks like laminitis/founder please don’t forget to take the whole horse into account.

Uncomfortable feet cause postural changes and the stress of moving and standing can cause joint pain and strain throughout the body.

My main tips are;

Long term overgrown feet put so much strain on the limbs and body. Balancing the feet can turn things around very quickly but don’t be in a rush to get the feet looking normal. Go with the comfort level of the individual. Changing too much too soon can also be a cause of discomfort.

Of course if this miniature had been left in the ‘lovely’ (not) big grassy paddock he certainly would have had another bout of laminitis and remember he had many in the past but at the time I saw him he was not in laminitis mode. He just had the residual hoof form (founder) from previous laminitis episodes and that combined with a complete lack of hoof care for many years finally took his little body into a crippled state of compensations that made it too painful to stand and walk.

Probably the main reason he was not in acute laminitis mode at the time was because he couldn’t actually walk for very long to graze!

Trimming, movement, careful diet changes, equine therapy sessions, homeopathics and 5 days later he was living the dream, chatting up the girls and moving like a dressage horse!

The following photos were taken over one week (he has a broken crest, that’s why his neck looks a bit odd).

Compare the posture as the feet get more balanced. Look at his limb balance, back and expression. His stifles were sore with obvious inflammation around the joints. 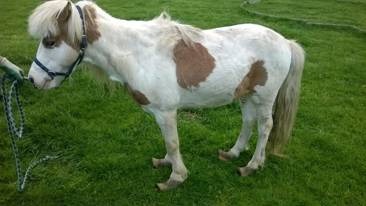 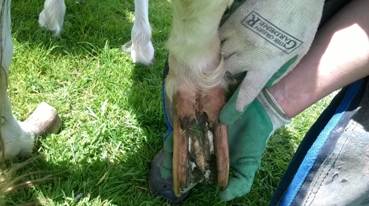 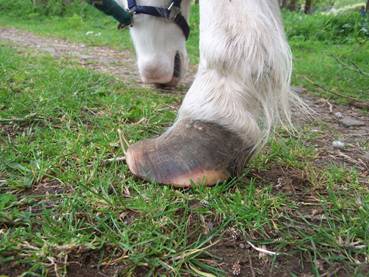 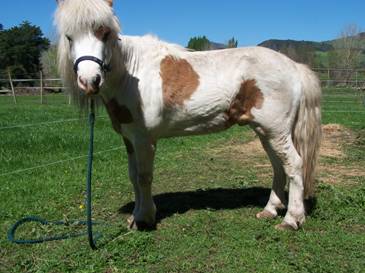 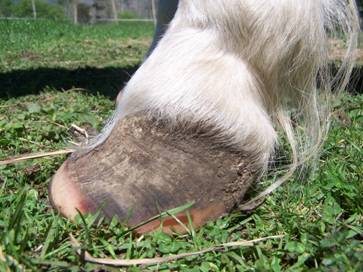 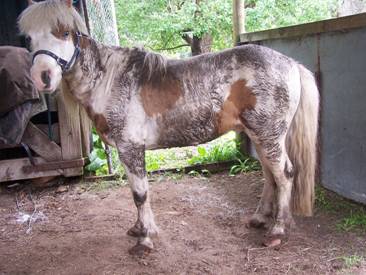 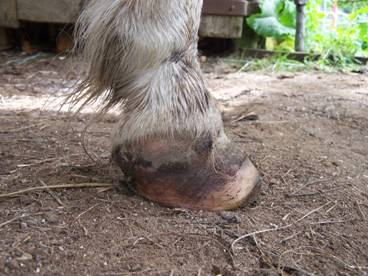 Day 6 Oct (yes it rained, yes he rolled in the mud)

I trimmed him again a couple of weeks after he left my place then he was re-homed to another part of the country way outside my trimming range but last I heard he has a fabulous home and had even featured in a Wellington newspaper article.

A lucky escape for this little guy from the clutches of the Grim Reaper! 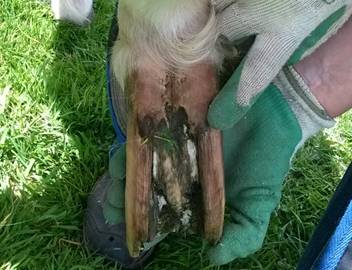 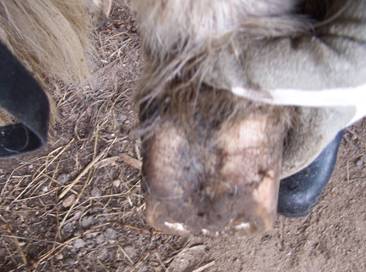 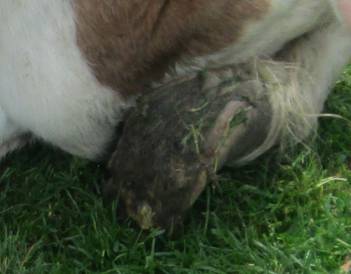 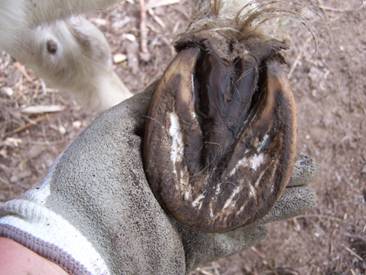